Simply put, Studio Two is one of the best rock recording rooms in the world. Its high ceilings and mid-ambience provide a tight punchy sound constantly sought after by top producers like Rick Rubin. The studio has an additional drum isolation booth, a vocal isolation booth, and a Yamaha C7 grand piano that has been used on many rock albums, and private artist lounge.

Originally the site where the themes from many classic television shows were recorded (The Monkees, The Partridge Family, The Beverly Hillbillies, Hawaii Five-0), the studio later evolved to serve the needs of The Red Hot Chili Peppers, Green Day, Weezer, Metallica and countless other rock acts.

Studio Two offers a Neve RCA Custom 8028 Console (40 channel), one of only 2 built with Class A discrete electronics. The control room is equipped with Meitners (available upon request) and ATC300A house monitors with NS10/ProAc speakers and are set up with Pro Tools Ultimate. Studer 827 & Ampex ATR102 (1/4 inch & 1/2 inch) Analog recorders are available on request. 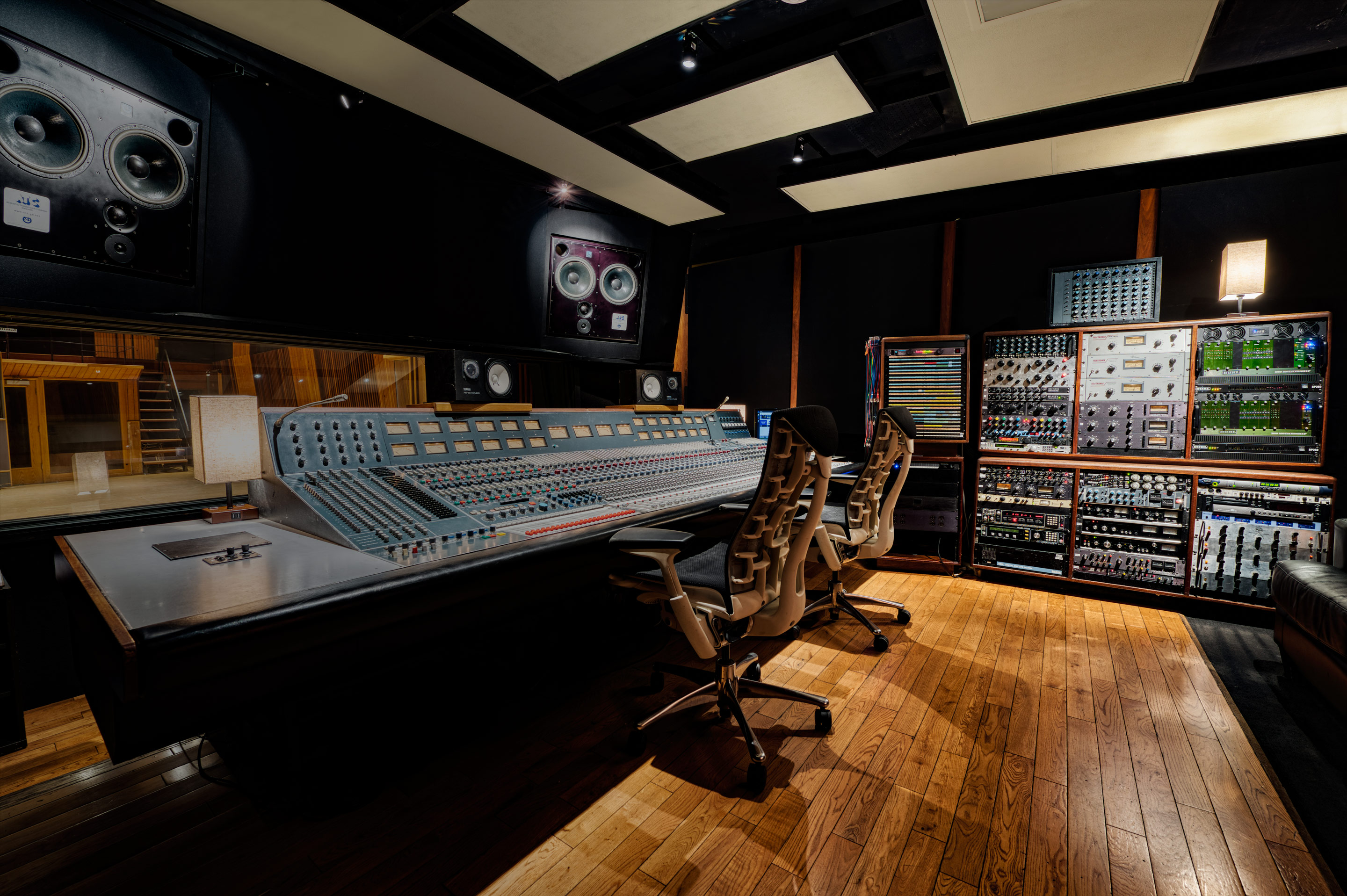 Equipped with Meitners (available upon request) and ATC300A house monitors with NS10/ProAc speakers and are set up with Pro Tools Ultimate.

WHAT ARE YOU WAITING FOR?BOOK NOW

We invite you to discover EastWest Studios for yourself by exploring our diverse recording spaces, our incredible history, and how we provide today's discriminating artists the utmost in service, all in an unparalleled creative environment.

Nearfields
(On request subject to availability)

Microphones listed are on request and subject to availability.